Home > Tips > Voice Memos in iOS 12: How to Use It for iPad and iPhone

Voice Memos in iOS 12: How to Use It for iPad and iPhone

Voice Memos is redesigned in iOS 12. This useful audio recording app now is available on both iPhone and iPad, and you are able to keep your voice memo recordings in sync across all of your iOS devices with iCloud.

Voice Memos app has stayed pretty much the same since its first release in iPhone OS 3 around 9 years ago.  However, in iOS 12’s ‘What’s New’ list, we can find Voice Memos is one of the few features that gets big changes.

Voice Memos is redesigned in iOS 12, and the new & modern interface makes it much easier to use. Even better, this useful audio recording app now is available on both iPhone and iPad, and you are able to keep your voice memo recordings in sync across all of your iOS devices with iCloud.

·         Redesigned: it’s easy to capture and share recording with the new design

* Since this is the first time that Voice Memos comes to iPad, here we take Voice Memos on iPad as example. All of the steps can be applied to iPhone use.

How to Create Voice Memos in iOS 12 on iPad

Tips: You can set the audio quality before recording Voice Memos in iOS 12. Go to Settings > Voice Memos > Audio Quality > Compressed to Lossless. While the lossless recording’s file size is bigger than the compressed, you may need to free up more storage space for storing Voice Memos. 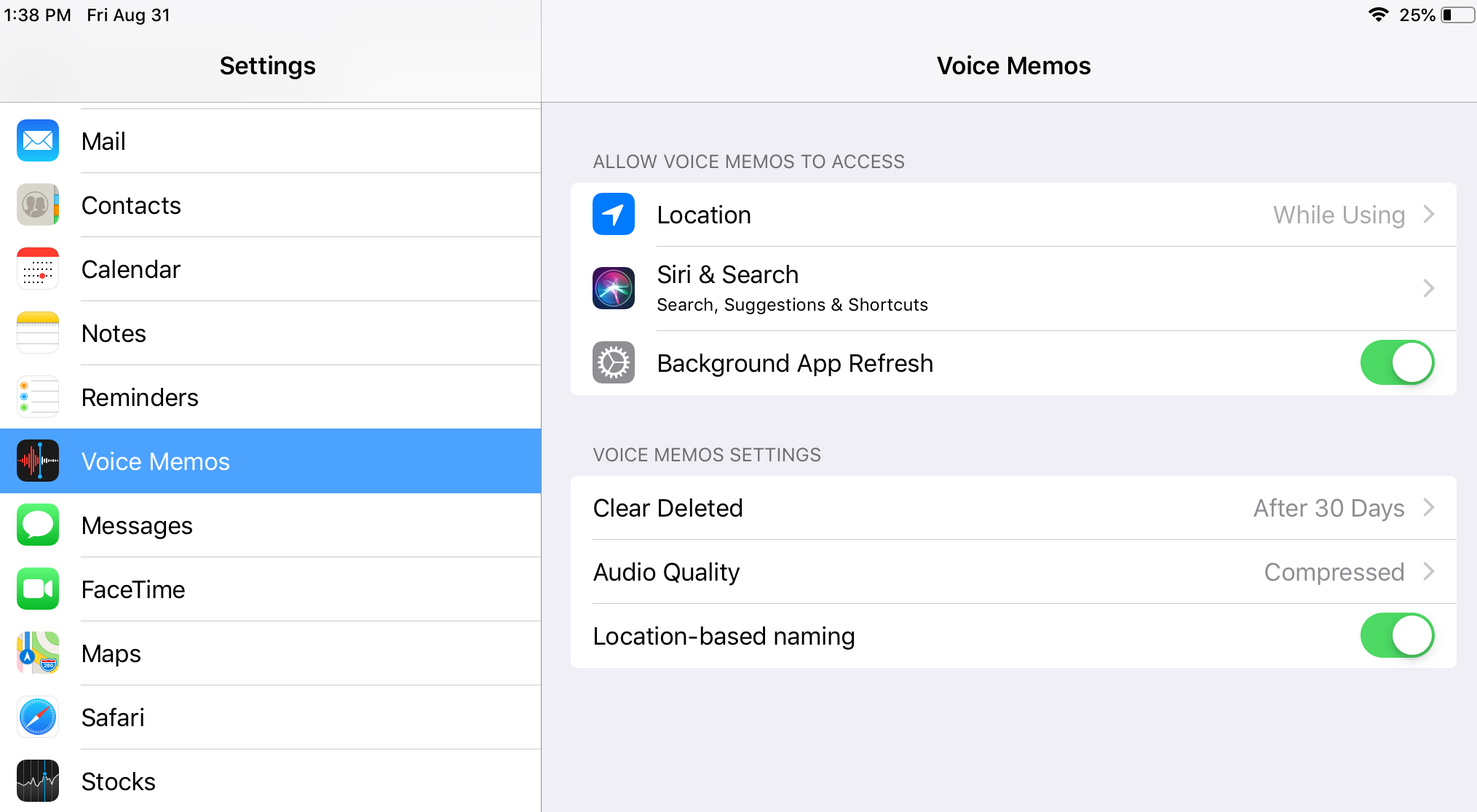 Follow these steps to create Voice Memos on iPad.

1. Open Voice Memos app on iPad (the app has a new icon)

2. Tap the Record button to create a Voice Memo 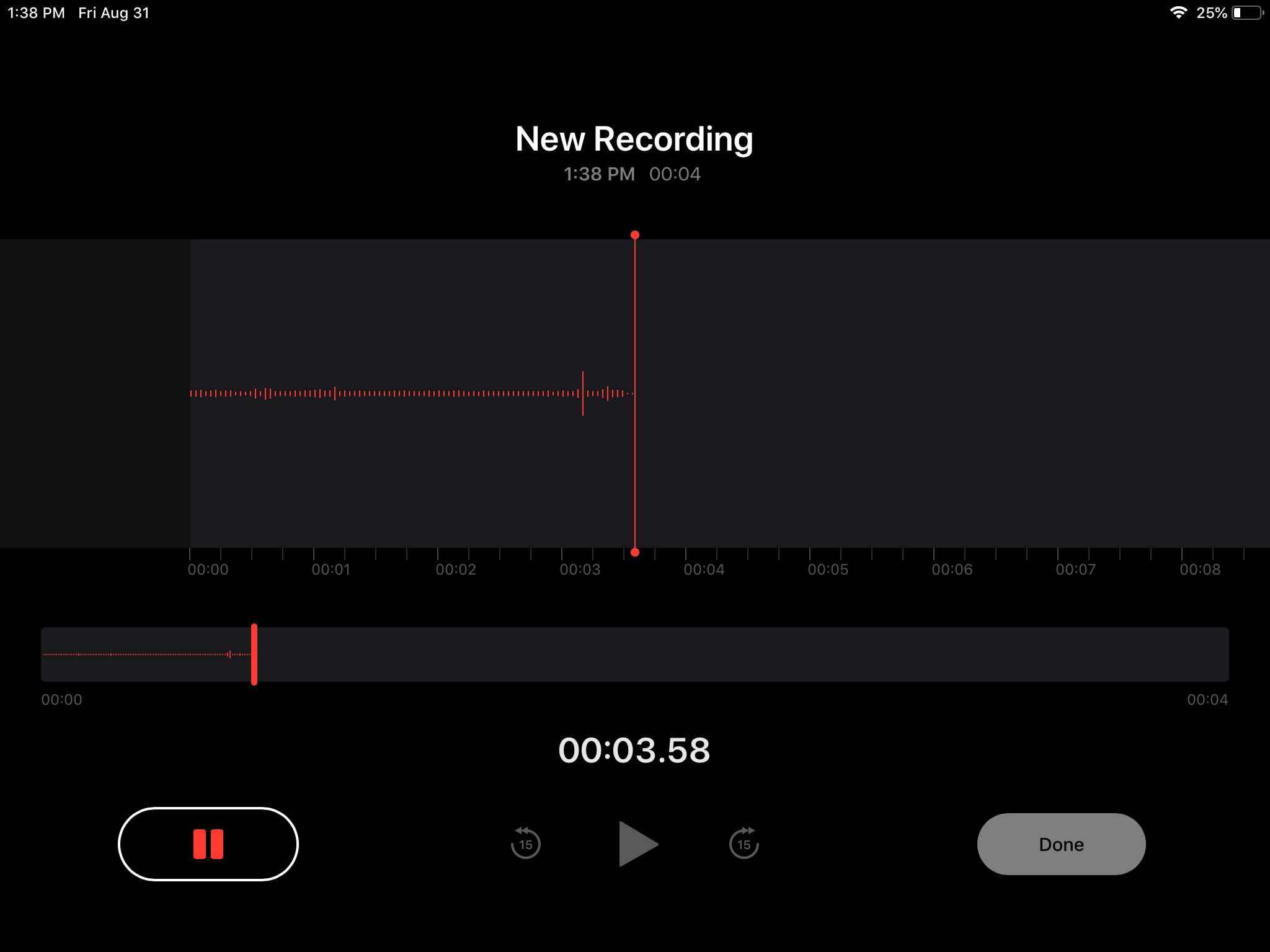 3. Tap Done to finish the recording

How to Edit Voice Memos in iOS 12 on iPad

Voice Memos app in iOS 12 is more than that. You cannot only insert audio to the recording files, but also replace, trim or delete them in Edit mode.

Tap “Edit” at the top-right corner of the screen to enter Edit mode, now you can edit the voice memo recording file.

·         Replace button: slide the waveform of the recording file, and find the spot you would like to edit. The Record button on the upper left corner will change to a REPLACE button. Simply tap it to replace the current audio with a new one. 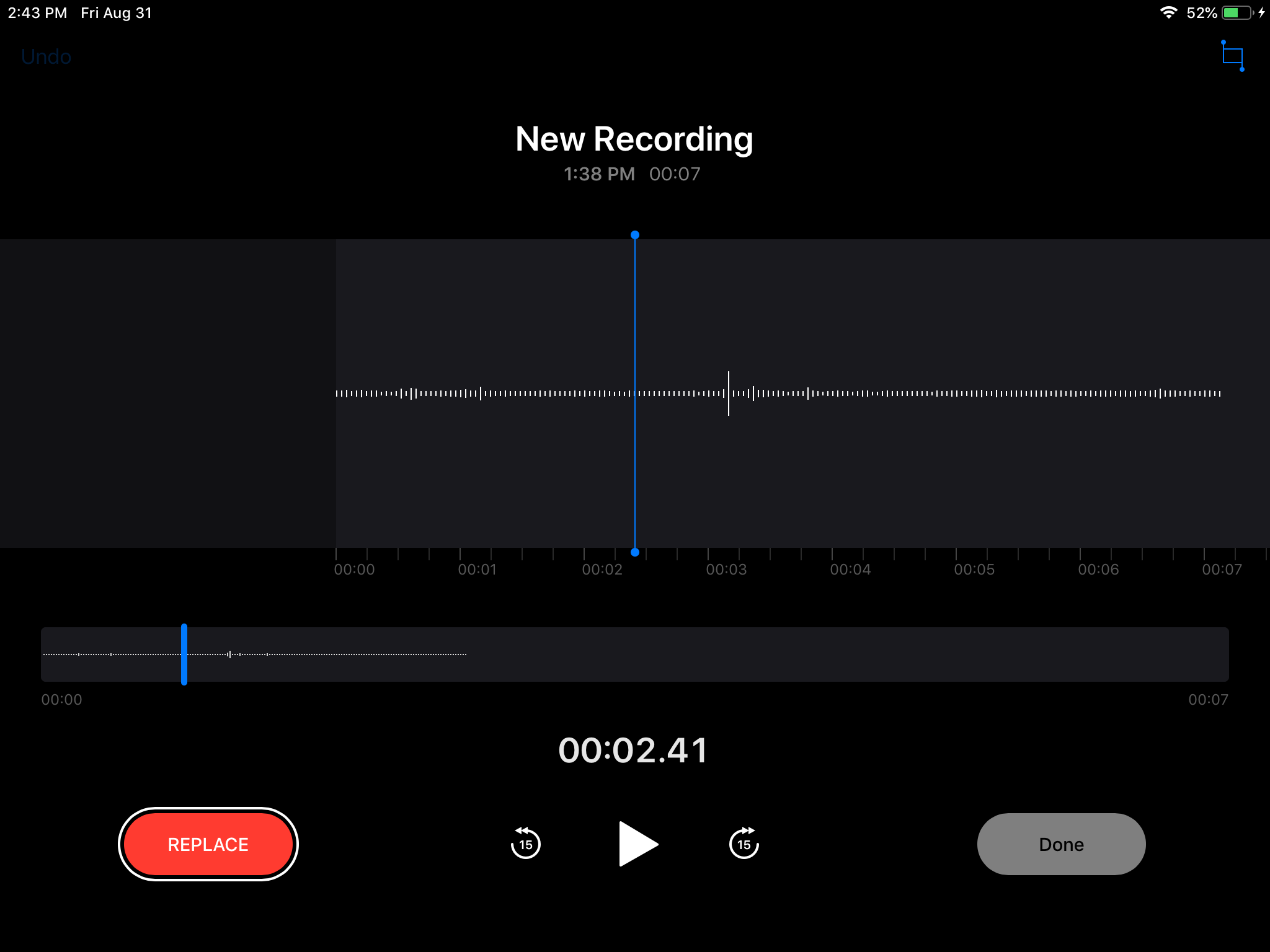 ·         Trim or Delete: in the same screen, tap the Crop icon at the top-right corner, select a section of the recording clip, tap Trim or Delete button and Save the changes. 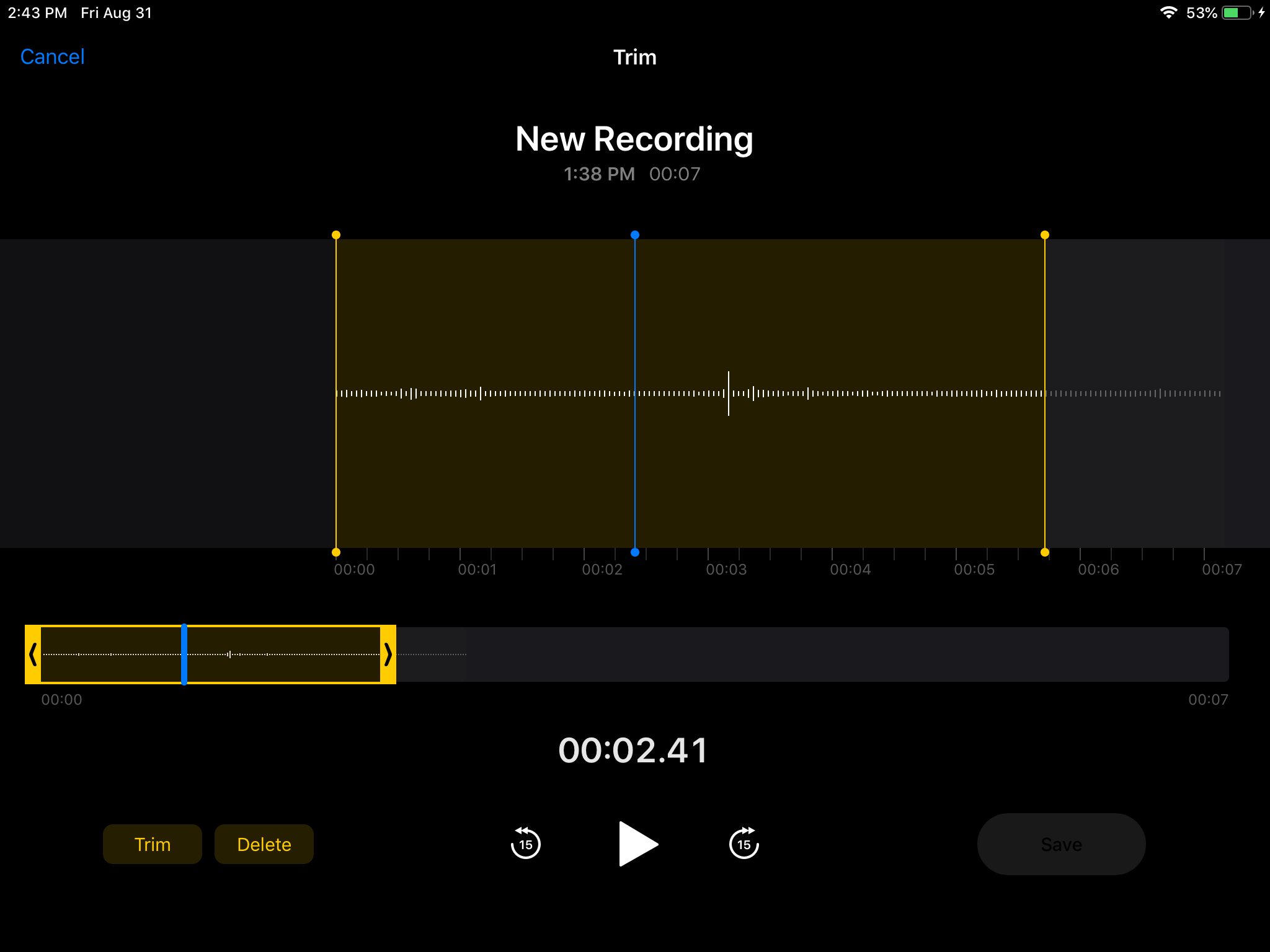 You can easily sync your Voice Memos across iPhone and iPad with iCloud, but how to transfer Voice Memos to Windows PC?

IOTransfer, as one of the best iOS file management tools, allows you to easily transfer voice memos, photos, music files, videos, contacts and etc. between iOS devices and computer. Moreover, it can also be used as your video downloader, converter as well as phone cleaner.

Here is how to transfer voice memos from iPad to PC. In this way, you are able to backup your important voice memo recording files without occupying your iPhone/iPad memory.

Firstly, free download IOTransfer, and properly install it to your computer.

Step 1: Connect your iOS device to PC, and run IOTransfer. It will be recognizes automatically.