The release of iOS 12 is around the corner. What will it bring us on earth? Let’s read the preview of new features on iOS 12 in the following article to find it out.

Reportedly, iOS 12 is going to be launched in September 2018, which seems around the corner. The new iOS 12 will be accessible for iPhone from iPhone 5S, iPad mini 2 and iPad Air plus the 6th generation iPod touch.

What changes will the new iOS version bring to responsive speed, photos, FaceTime and so on? Let’s check the preview of iOS 12 new features this time and be amazed at what differences has iOS 12 made!

Apple has officially promised that a sizable improvement will be made in the devices’ responsive speed. Apple will be launched twice as fast, the camera will load 70% faster, and so will the home screen after the iPhone gets locked, and what’s more, even the keyboard will pop up within half the time.

This new feature does save much time as we know after a long-time use, your phone or pad can become less sensitive and responsive which can be even worse on Android based devices. It’s pretty smart for Apple to optimize their system so well.

On iOS 12, FaceTime will allow up to 32 participants to have a chat in one group during which you will have access to Messages features like sticker packs and Animoji so that you can make the meeting more dynamic. You can also invite and add other participants during a chat. Moreover, users can choose whether they should chat via video or audio only. 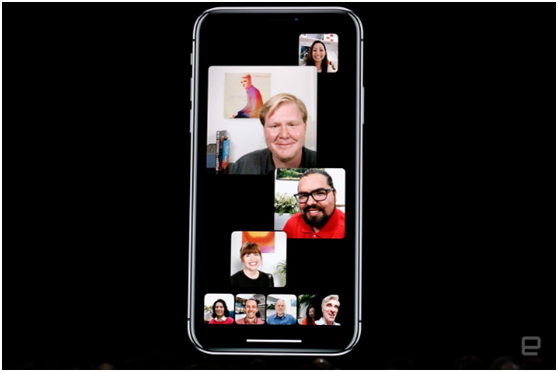 New features make Memoji more customizable and expressive on iPhone X. You can design your owned desired Memoji within a message by choosing from a set of inclusive and diverse characteristics. Ghost, koala tiger, and T. rex will also be included in the already existing Animoji. All Memoji and Animoji will feature winking, tongue and other facial expressions detection on the new iOS 12 to capture more expressions.

If you are not the person good at self-discipline, you might as well try this new feature which monitors the time you spend on App like Facebook, YouTube or the time spent on games like PUBG of mobile version in terms of the health management. When the time is up, iOS will inform you to shut down the App or games. 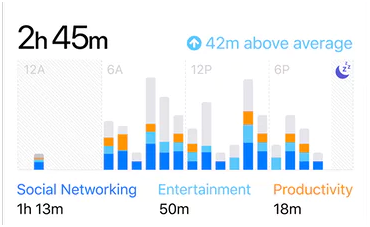 The new iPhone photo-sharing suggestions feature makes it much easier to share your photos with friends and let the friends who receive the photos share back photos and videos you take from the same trip or event. Another new search functionality let users combine different terms to find their desired photos.

The newest iOS 12 protection measure prevents your iPhone from being hacked when stolen or taken by law enforcement agents. It will limit what can be done via the USB lightening port after an hour of inactivity on your iPhone.

Apple’s Car Play has long been limited to Apple Maps for navigation. However, after the update of iOS 12, there will be more third-party choices for you, for example, Google Map. 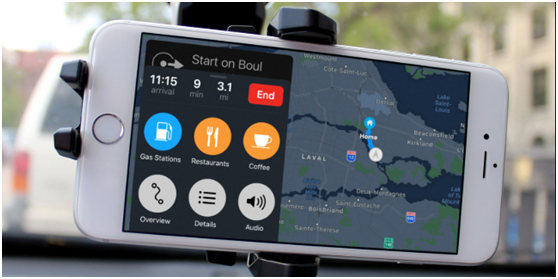 Can’t wait to update your iPhone to iOS 12 after seeing the preview of iOS 12 new features? Me too. But remember to back up your iPhone with some iPhone transfer software before updating in case of data loss.