Check the tips and tricks to have a complete understanding of iPhone Camera & Photos. Use your iPhone/iPad camera better, and take more excellent photos.

1. Open the Camera app
2. Point camera at the QR code. A second later, a notification preview will drop down from the top of the screen
3. Tap on the notification to open the webpage. 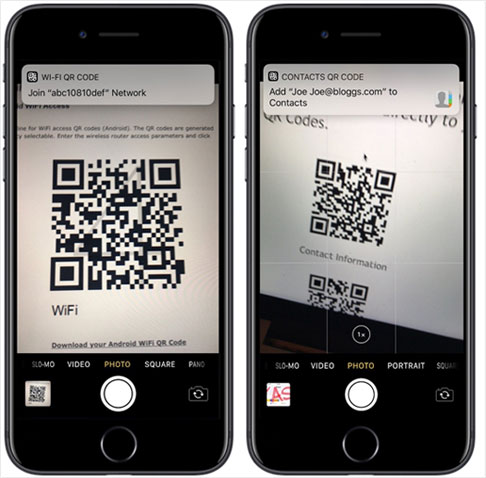 The grid lines can help photographers line up a shot, follow the Rule of Thirds, and get the correct horizontal and vertical balance.

1. Launch Settings app from home screen of you iPhone
2. Scroll down to Camera, and tap on it
3. Switch on the “Grid” option to turn on grid lines in Camera. 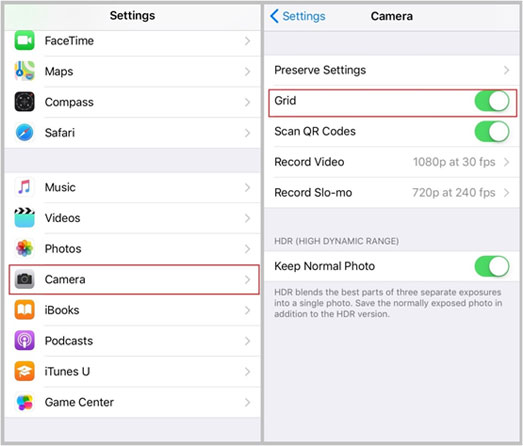 Live Photo feature is only available on iPhone 6S and later devices.

1. Open the Camera app
2. Tap the Live Photo button at the top center of the screen
3. Hold your iPhone still
4. Tap shutter button to take a Live Photo 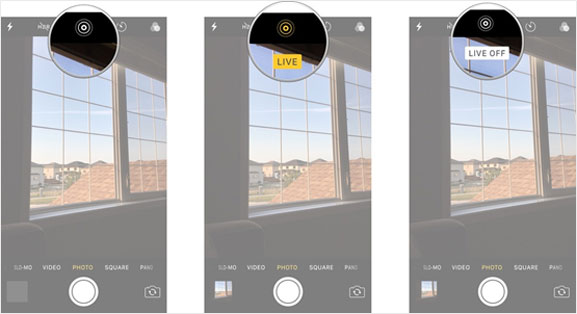 If you want to take a still image instead, you can change your camera settings to turn off Live Photos. 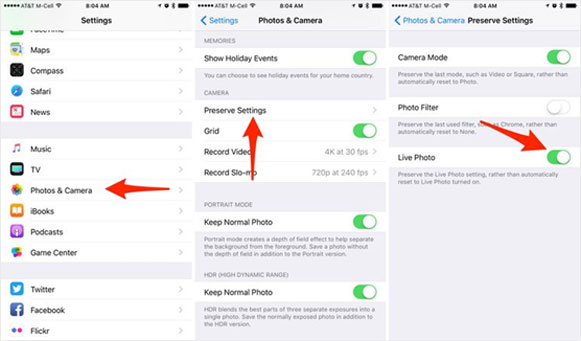 1. Open the Photos app
2. Go to the Photos tab
3. Tap the Live Photo, and firmly press the screen and hold

1. Launch Photos app
2. Find the Live Photo you want to edit.
3. Tap “Edit” at the top right corner of the screen. At the bottom of the screen, move the slider to change the frame.
4. Then tap “Make Key Photo”.
5. Tap “Done”.

1. Open the Live Photo you want to edit
2. Swipe up the screen until you see Effects

Loop: Turn a Live Photo you love into a video loop. Choose an image yourself, or let Photos suggest which ones would make great loops.

Long Exposure: Capture the elements of time and movement. Create a beautiful effect that used to be possible only with a DSLR camera. Fireworks become bright streaks across the night sky. A waterfall, a magical blur.

1. Select the Live Photos album
2. Tap the picture that you would like to make a GIF.

Once you’ve opened up the picture, swipe up from the bottom of the screen for the app to give you four animation options, which are Live, Loop, Bounce, and Long Exposure.
Once you’ve chosen the desired effect, the photo will appear in a new album called “Animated Album.”

Save Gifs from Internet

1. Find the GIF you would like to save (giphy.com is a great place to start!)
2. Tap and hold the GIF until a new window appears on screen
3. Tap Save Image 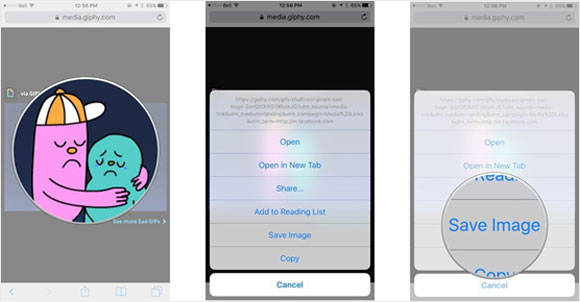 View GIFs on iPhone in iOS 11

1. Launch Photos app on your iPhone/iPad
2. Go to Albums on the bottom right corner of your phone screen
3. Choose Animated album to view your GIFs

Import Photos from Computer to iPhone via IOTransfer

1. Free download IOTransfer, install and run the application
2. Connect your iPhone to computer via USB cable, and run IOTransfer
3. Go to MANAGE > Photos > Import, and then you can transfer photos from computer to your iPhone 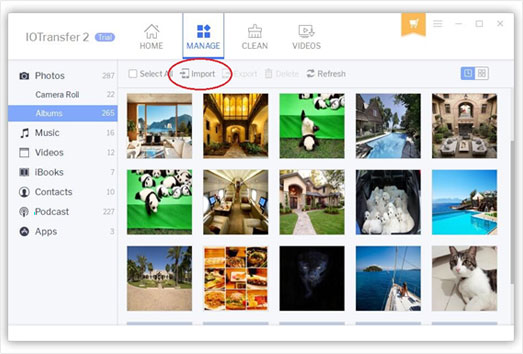 Export Photos from iPhone to Computer via IOTransfer

1. Free download IOTransfer, install and run the application
2. Connect your iPhone to computer via USB cable, and run IOTransfer
3. Go to MANAGE > Photos > Export to transfer photos from iPhone to PC 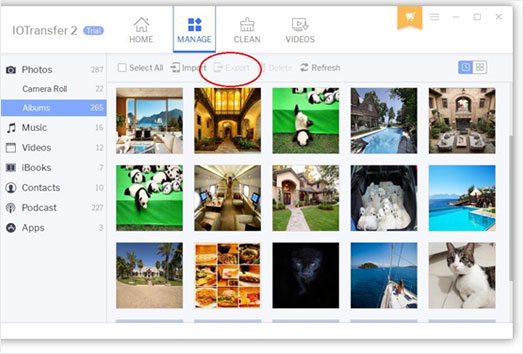 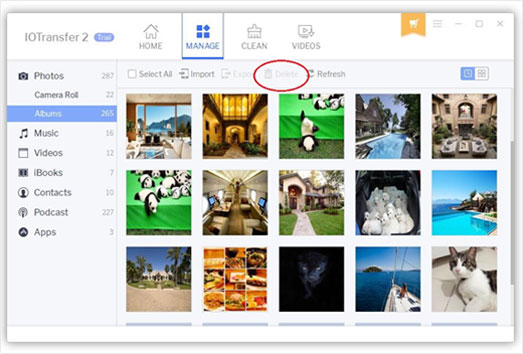 Take a Screenshot on iPhone 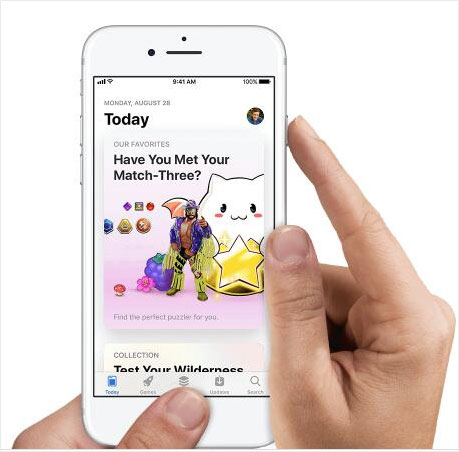 1. Tap the screenshot preview in the lower left corner of your screen to open up the Instant Markup interface
2. Use a finger to adjust the blue outline if you want to crop your image There are all kinds of tools in Instant Markup, including a pen, pencil, highlighter, eraser, drop shadow tool, crop, multiple pen colors, and undo/redo.
3. Choose a pen/marker/pencil and a color and then draw with a finger or the Apple Pencil (on iPad Pro) to edit your screenshot 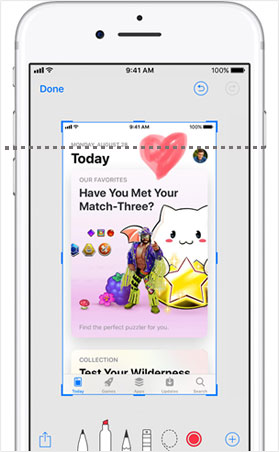 *If you take multiple screenshots at once, they'll all be displayed in Instant Markup and you can swipe between them. 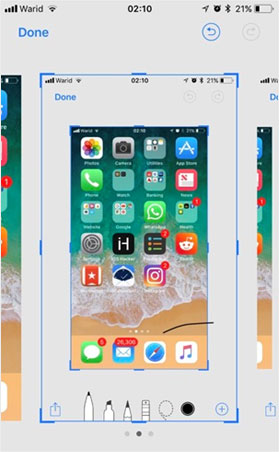