How to Use Siri Shortcuts in iOS 12 – Detailed Guide

Siri Shortcuts in iOS is a hotly expected feature. Let’s take a look at how the Shortcuts app works. Learn how to create a new shortcut and add it to Siri command.

Siri shortcut is a new feature in iOS 12 first announced at Apple's WWDC 2018. Considered a major update, Siri Shortcuts will monitor the actions you often do and then suggest you create a shortcut to run these actions automatically. 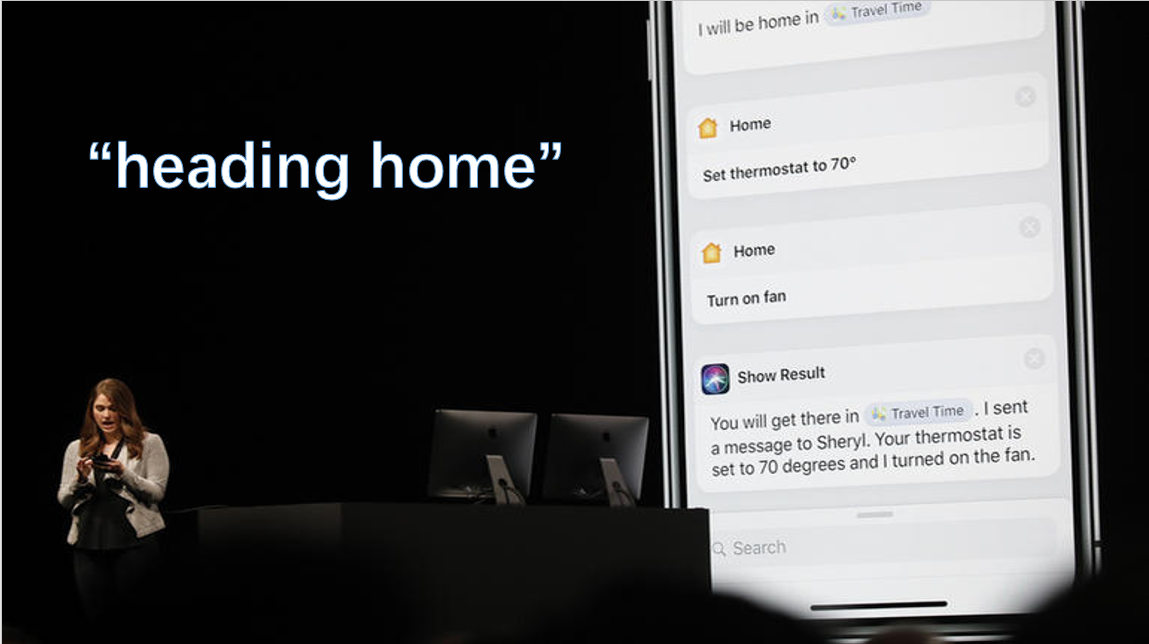 Besides the Siri Suggestions, you can also manage and create shortcuts in the Shortcuts app, which is only available in iOS 12. You can download pre-made shortcuts from the Gallary or create your own ones. More importantly, you can create a custom Siri voice command to control them.

Shortcuts app is a task automation app that is very similar to the Workflow app. In 2017, Apple bought Workflow and made it free. Based on Workflow, Apple added some new features to Shortcuts including Siri support, and limited Homekit support.

If you've ever used workflow before, it is easy to get used to the new Shortcuts. Compared with Workflow, Shortcuts has a deeper integration with all the apps and you will be able to use Siri to automate these commands.

How to Create a Custom Shortcut in iOS 12?

If you go into the Shortcuts app, you can see lots of pre-made shortcuts that you download on your phone. Of course, you can also create your own shortcuts. Check top 10 siri shortcuts to do more and quicker with your iPhone.

To create a custom shortcut:

3.    Swipe rightwards to select actions and drag them to the shortcut.

When you want to create a shortcut, you can do calendar events, reminders, contacts, email address, locations from maps, and event control Homekit devices.

You can also set up different scripting shortcuts to do more complicated stuff. For example, download YouTube videos, or move Spotify playlists to Apple Music. There are a ton of things to choose from here.

How to Add Shortcuts to Siri?

As for now, There are two methods to add shortcuts to Siri voice command.

2.    Select a shortcut that you want to add to Siri from the Library and tap on the top right gear icon.

3.    Tap on the Add to Siri. Then you can input a simple phrase which can be used to activate this shortcut.

3.    From here, you can see all your shortcuts and suggested shortcuts. And you can tap the “+” icon to add to Siri. 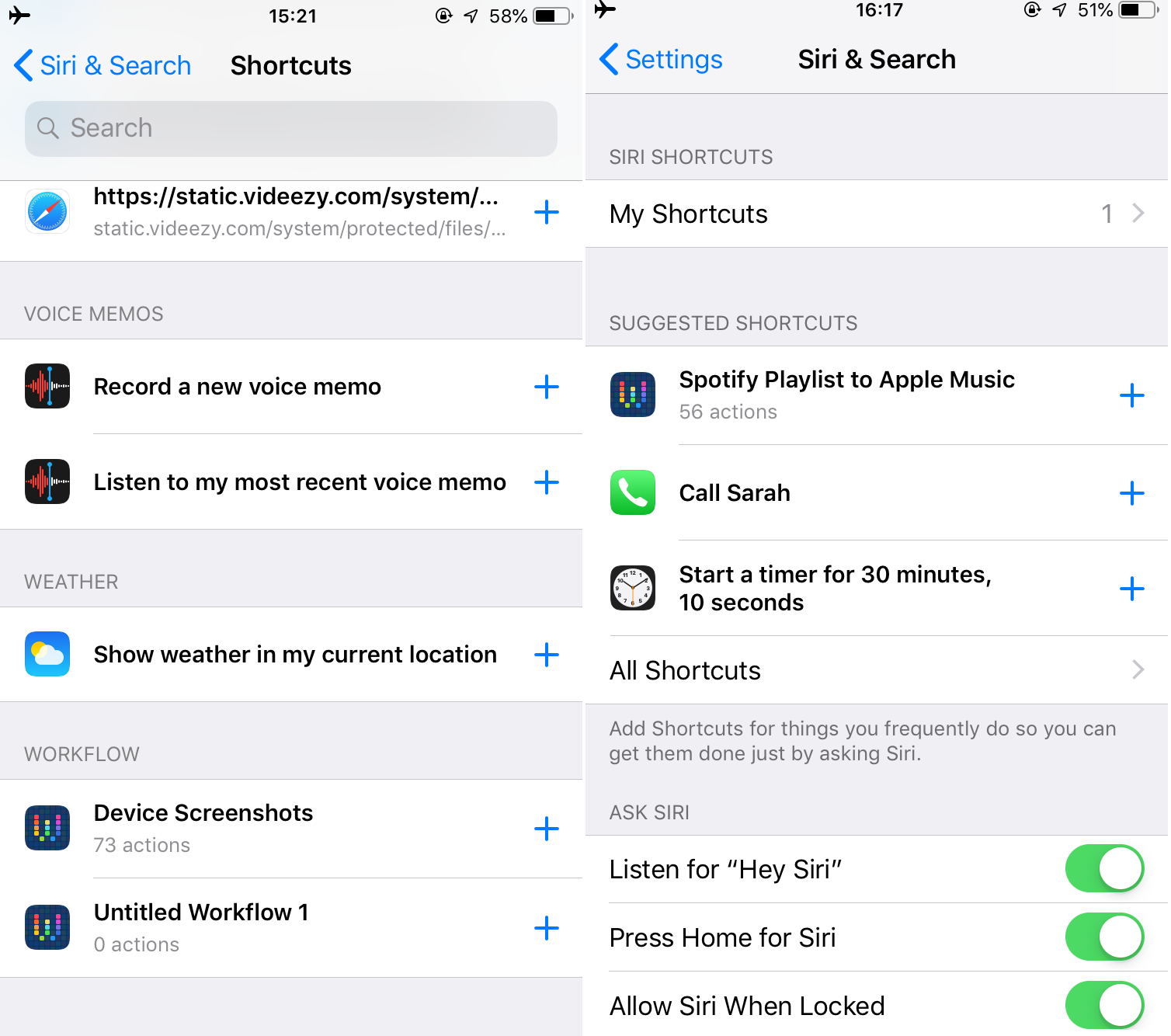 Where Can I Get More Useful Shortcuts?

If you are a beginner and have no idea how the Shortcuts actions work, then at first you can search and download shortcuts that you like from the Shortcuts Gallery. The more shortcuts you run, the better you will understand shortcuts.

Besides the Gallery, you can download pre-made shortcuts from the web. Many Apple Developers program members have tried the Shortcuts app for months and they have shared some amazing shortcuts.

How Can This Shortcuts Change Siri?

As you dig deeper into Shortcuts, you can surface some more complex actions that are really going to save you a lot of time. This is going to be an amazing feature that Siri has and the other competitors don't really have yet.

As you know, Siri is not as smart as Google Home and Amazon Alexa, but by giving Shortcuts to customize Siri commands, Siri Shortcuts in iOS 12 can do more than the competitors.

Instead of just asking for what's the news or stuff like that, you'll be able to combine a lot of complicated actions for different scenarios as you see in WWDC keynote presentation

If you like this Siri Shortcuts feature and can’t wait to upgrade to iOS 12, then I suggest you back up your media files before that. It is never a bad thing to be more careful with your data.

In order to save your time and effort, you can use IOTransfer, iPhone manager software, to backup iPhone in one click. You can free download it new to get started.

Once you open IOTransfer, the program will scan your iPhone and list all the photos, videos, music and contacts for you to choose to include in the backup. If you have no preference, just click Transfer to PC to backup all media files to your PC. 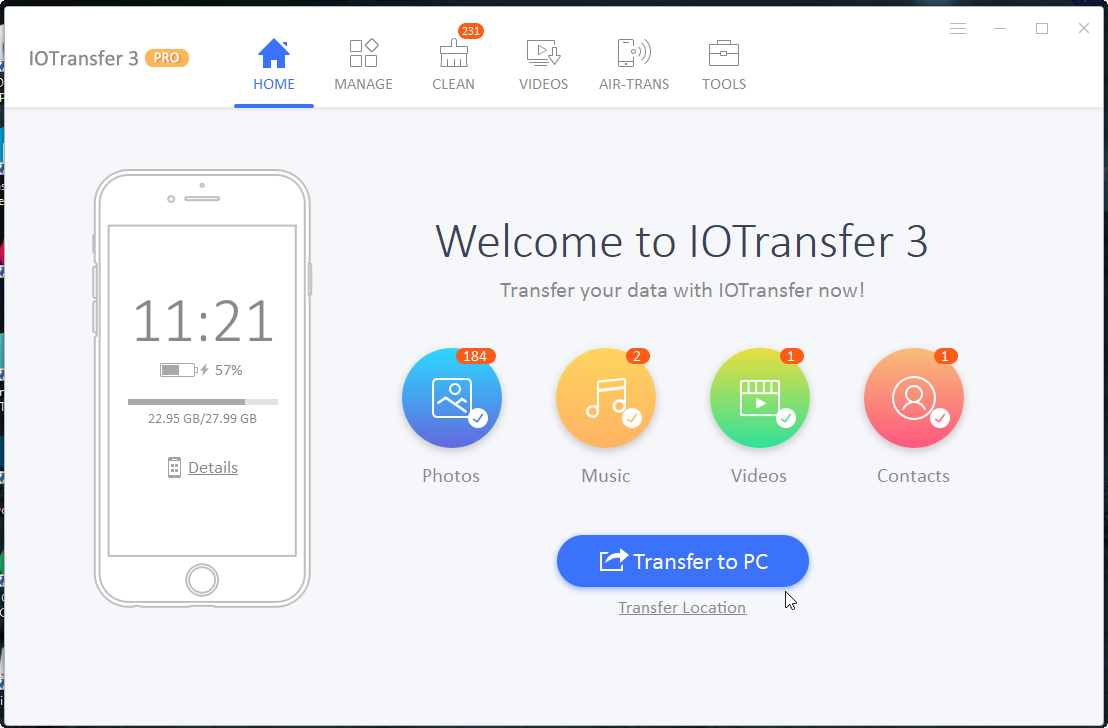 Unlike iTunes, you can change and view the backup location on your computer. Besides that, IOTransfer allows you to transfer files wirelessly, download videos to iPhone, clean iPhone caches and junk files, convert videos to another format, etc.

iOS 13 is coming with a wide range of wonderful features to take your iPhone to a new level. The most notable feature of Siri in this iOS update is the improved and more natural voice, which make Siri sounds less robotic and more like a real person, natural than ever. If you're into iOS 13, you can follow instructions of installing iOS 13 to upgrade.