If you’re into iOS 13 and want to give it a try ahead of its final launch with your iOS device, then, check out this post to see how to download and install iOS 13 public beta on your iPhone iPad.

Since iPhone 3GS, Apple releases the new generation of iPhone almost without exception in every September (except iPhone 5S, 5C and SE in March, 2016) from 2012 to 2018. Likewise, accompanied with every iPhone update, Apple also releases its annual iOS update about a week after the launch of the new iPhone with big and enhanced features since iOS 6. This year is no exception, iOS 13 is coming. 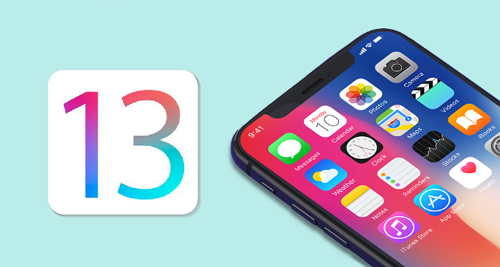 Usually, several beta versions would be prior released for developers and users before the official release. For 2019, iOS 13 beta 1 first shown at DDWC on June 3, beta 2 launched for developers on June 17, and on June 24, the public beta finally released for all. A lot of Apple fans and adventurous testers always can’t wait to upgrade to the new iOS, not only be the first to experience the new features of iOS 13, but also be the volunteers to find out real problems and provide the most authentic feedback. For those users to test unstable iOS 13 beta, we have step-by-step instructions here to help you download and install iOS 13 beta on your iPhone iPad.

What You Should Do before Updating iOS 13

Before updating to iOS 13 beta, here are main things you need to pay attention to at first.

Get to know in advance what types of devices that iOS 13 supports and make sure the device you plan to upgrade iOS are on the list of iOS 13 compatible list.

No matter you prefer to use iTunes, iCloud or other iTunes alternative, backup your iOS device in case of the data loss after iOS update. This is the most important thing since data loss is almost certain to happen during every update, let alone beta version update.

Make sure your device has enough free storage space for iOS 13 update, check it by going to Settings > General > Usage. If not, clear more space from your device to make room for iOS 13.

How to Download and Install iOS 13 Beta on iPhone iPad

As mentioned before, there are different beta versions for developers and the public. Here we focus on how to install iOS 13 public beta on your iPhone or iPad. 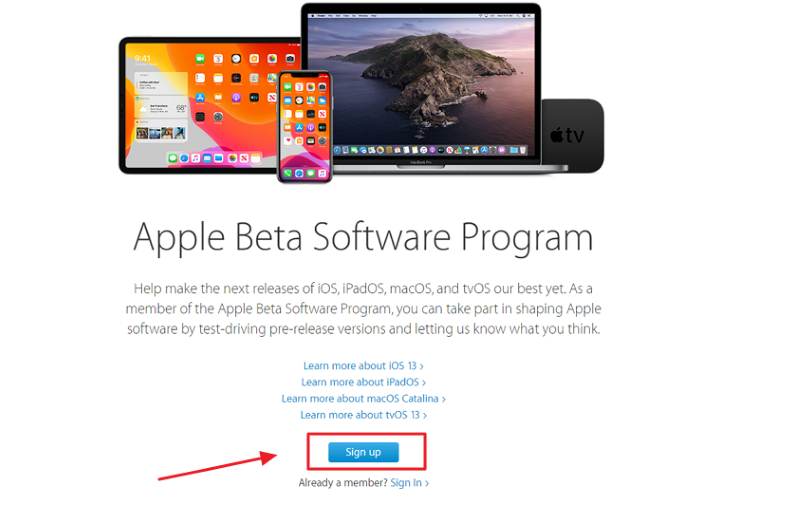 Step 2. Sign in to the Apple Beta Software Program with your Apple ID.

Step 4. Select iOS or iPadOS based on your needs.

Step 5. Scroll down and Click Enroll your iOS device.

After that, the program will walk you through creating a backup of your iPhone or iPad -- don't just glance over it and move on, create a backup before installing iOS 13 beta.

Step 6: Go to beta.apple.com/profile on your iPhone or iPad.

Step 7: Download and install the configuration profile. That will make the beta version available in the Settings app.

Step 8: Once the download process finished, the profile will show up in the Settings app. Then go to Settings > General > Software Update to install available iOS 13 beta software.

That’s all for how to install iOS 13 beta on your iPhone or iPad. Actually, the prerelease beta version for upcoming iOS 13 has gotten more and more stable, which attracts increasingly iOS users to try out beta ahead of the final release. But, it is still unfinished. That's why we need to emphasize and remind you again to back up your iDevice first.

Nobody wants data loss, it is best not to happen. However, once data loss disaster happens to you, you’ll appreciate that you’ve made a backup when you need to restore iPhone/iPad from the backup.