Make GIFs On iPhone- Utilize Your Live and Still Photos

GIF (Graphics Interchange Format) as one of the favorite file formats was finally available for saving and playing on iPhone and iPad from iOS 11. Though we are able to send loved GIFs to friends and social media accounts with our iOS devices, not everyone knows how to make GIFs on iPhone. So let`s take a look at two ways of making GIFs on iPhone with live and still photos.

The most straightforward way to make GIFs on iPhone is to use live photos. Previously, users were only able to share live photos between iOS and MacOS devices with the original file format. Now the iOS 11 has added features of directly turning live photos into GIFs hence people can send live photos as GIFs without the aid of third party apps. So for the next, let`s see how to make GIFs with live photos in practice.

Step 1: You firstly open up the “Photos” app and go to “Albums” to open “Live Photos” as the screenshot shown below. 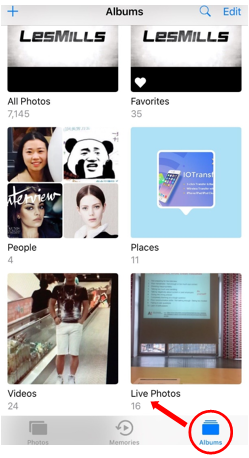 Step 2: Tap to select any live photo you would like to make a GIF with from this album. Then, by swiping up the selected live photo, you will see the “Effects” option, such as Live, Loop, Bounce and so on. Then choose one from these effects e.g. Loop by tapping the photo in the blue frame right above the “Loop” option, as the arrow pointed in the screenshot below. Now, you have successfully made one GIF with a live photo. 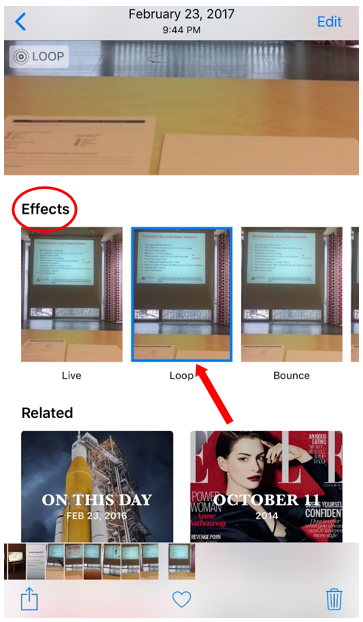 Step 3: After all the above operations done, you quit the “Live Photos” album and go back to the “Albums” main page. In iOS 11, an album named “Animated” would be generated automatically to save GIFs as long as you have any in your “Photos” app. Therefore, you only need to open “Animated” album after step 2, then you can check the new GIF that you just made as shown blow. 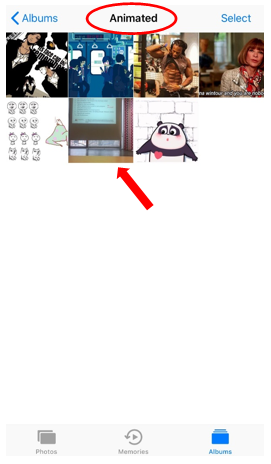 As we see, it`s not so difficult to utilize live photos to make GIFs on iPhone. What if we want to do so with still photos? After having tested several highly rated GIF makers on App Store, we recommend you to try ImgPlay – GIF Maker. Let`s take a look how to use it to make GIFs with still photos.

Firstly, we search “gif maker” from app store. As shown on the left side of the screenshots below, we could find ImgPlay – GIF Maker from the very top from the search results. After we have installed this app and opened it, we see a yellow tag on the middle top of the screen, if we tap it, there are more options such as Video, Photo, Live Photos, GIF and so on for us to choose. Since we want to make GIFs with still photos, we then tap “Photo”, as shown on the right side of screenshots below. 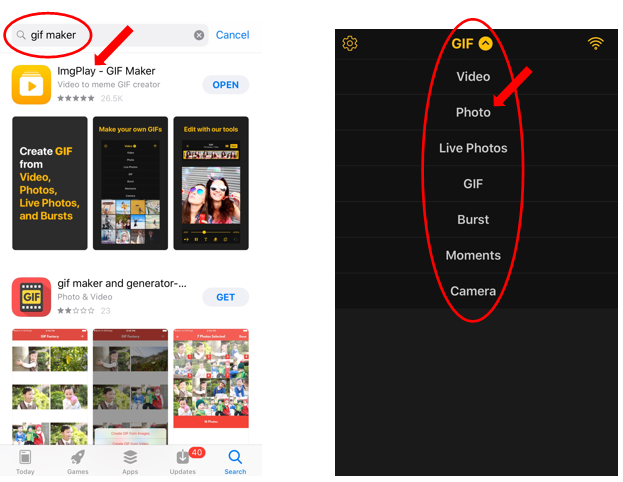 Secondly, as shown on the left side of the screenshots below, after tapping “Photo”, we could see all the still photos in “Photo” app, then we tap those photos we would like to make a GIF with. After we see numbers on those tapped photos, we tap “Make” on the upper right of the app. Notably, The playing order of the photos in the GIF depends on the order that we tap the photos, so we can adjust the order before we tap “Make”.

Thirdly, after we tapped “Make”, the app moves to another page, in which we can preview the effects of the GIF and edit it with the options on the lower part. If we just want to keep the GIF with its original effects, we tap “NEXT” on the upper right button, as shown on the right side of screenshots below. 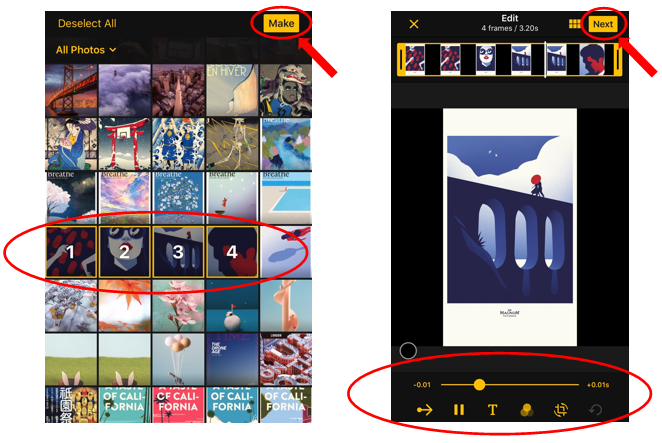 Finally, the app moves to the last page after we tap “NEXT”, on the top of this page, there is “Share or Save” option. Then we choose what we want to do with this fresh GIF by tapping the functions on the lower part of this page. If we tap “Save”, as said earlier, we can find all GIFs from the “Animated” album. The operations are shown in the two screenshots below. 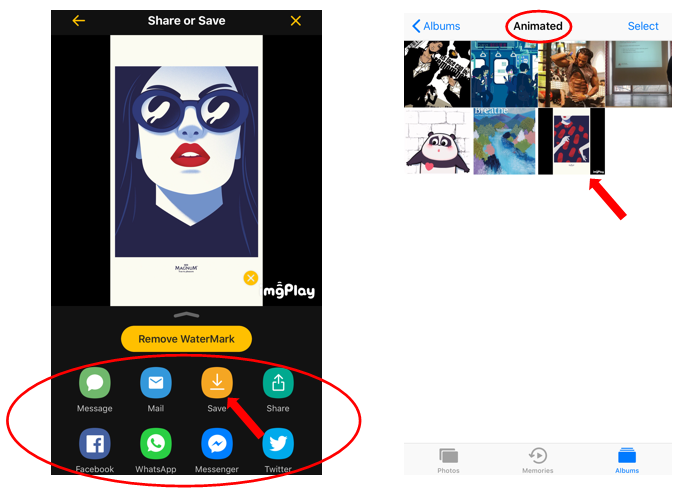 Now you should be clear with the steps of making GIFs with live and still photos, why not try them out immediately!

How to Edit Live Photos on iPhone/iPad in iOS 11

What is HEIC and HEIF Files in iOS 11?