iOS 11, released on September 19, brings many great new features. Many Apple users are really exciting, because, as one of the greatest features, the animated GIFs are finally supported in iOS 11 on iPhone and iPad.

This time, some of you may wonder how to turn Live Photos as GIFs in iOS 11. Live Photos is a new camera feature originally available on iPhone 6s and iPhone 6s Plus. Live Photos captures high-quality moving pictures (actually a short video) with animated effect.

Now, iOS 11 supports GIFs, so you will be able to turn Live Photos into GIFs and share them with your friends who use iPhone, Android or other devices directly and easily. Check this guide and figure out how to send Live Photos as GIFs in iOS 11 on your iPhone and iPad.

To make this happen, you need to upgrade your iPhone or iPad system to the latest iOS 11, of course. iOS 11 compatible devices include iPhone 5s, iPhone SE, iPhone 6, iPhone 6 Plus, iPhone 6s, iPhone 6s Plus, iPhone 7, iPhone 7 Plus, iPhone 8, iPhone 8 Plus and iPhone X; iPad Pro, iPad Air, iPad 5th generation, iPad mini 2,3,4. So, make sure your device is iOS 11 supported.

Let’s see how to turn Live Photos into GIFs in iOS 11 firstly.

How to Turn Live Photos into GIF in iOS 11 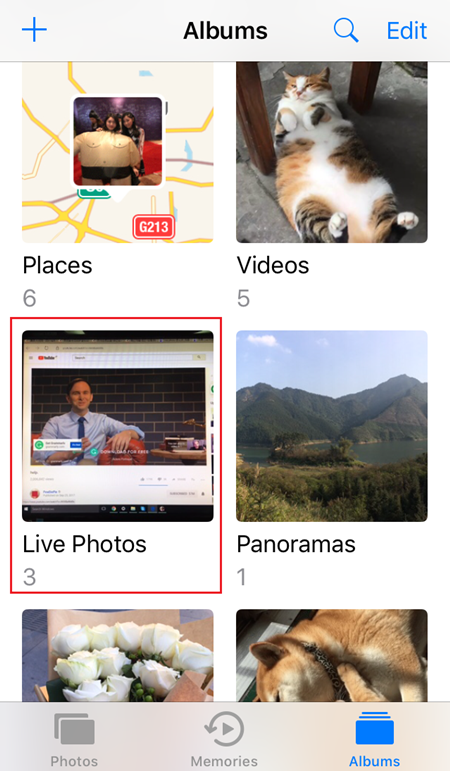 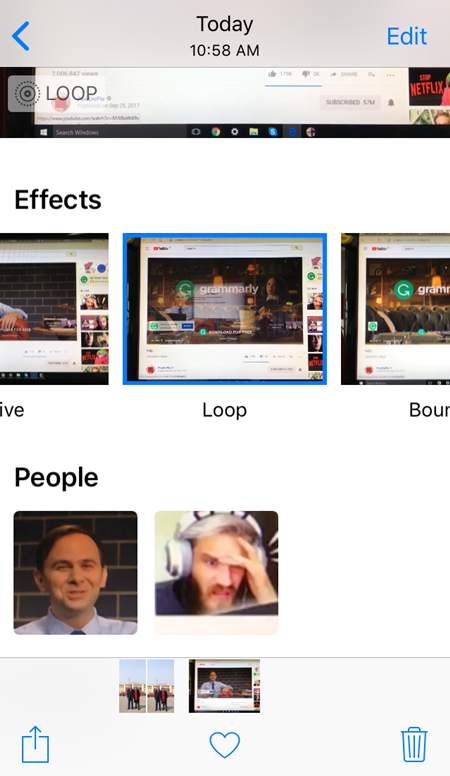 ·         Now, the Live Photo is turned into GIF and automatically saved in a new album called “Animated”

How to Send GIFs in iOS 11 on iPhone/iPad

To send Live Photos as GIFs,

·         Open Animated album, choose the GIF you want to send and tap on the share button at the  left bottom of your screen 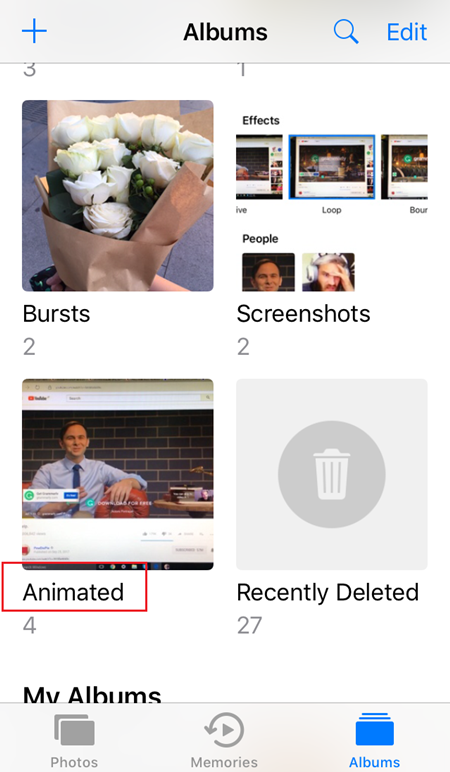 How to Edit Live Photos on iPhone in iOS 11

How to Send Apple Pay Cash via iMessage in iOS 11

How to Hide Alerts in Messages App iOS 11