What is HEIC and HEIF Files in iOS 11

Compared to JPEG, the industry standard image format, HEIC is not familiar to most of you. In this article, we'll figure out what is HEIC, how HEIC benefits iPhone users, and how to open HEIC files on Windows PC?

Since the release of iOS 11 last September, HEIC strongly comes into public’s sight. Apple uses HEIC as its default photo format in iOS 11 to replace JPEG. However, compared to JPEG, the industry standard image format, HEIC is not familiar to most of you. You may wonder what is HEIC, and how HEIC benefits iPhone users.

Based on advanced compression technology, HEIF (High Efficiency Image File Format) is a file format for storing individual image, image sequences as well as a collection of images.

Many of you probably haven’t heard of HEIF before. Actually, HEIF is not an invention of Apple, it is developed by MPEG (Motion Picture Experts Group) in 2015 and defined by MPEG-H Part 12.

As for HEIC (High Efficiency Image File Container), it actually is a file container instead of a format. Apple announced the support for HEIC/HEIF in iOS 11 and macOS High Sierra, and it means the images and Live Photos captured on iPhone X and other iPhone models in iOS 11 or later will be automatically saved in HEIC container and named with .HEIC file extension. 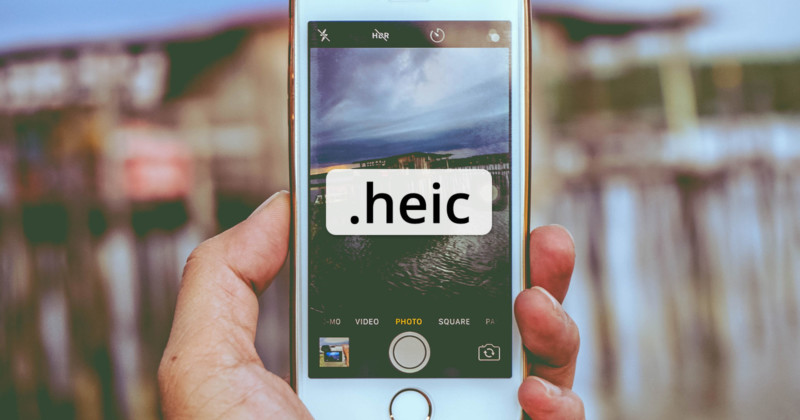 What are Advantages of HEIC Files?

JPEG has been the recognized standard of images for a very long time. Compared with HEIC, JPEG is highly compatible with almost all systems, platforms and devices. So, Why Apple replaces JPEG with HEIC in iOS 11? What are the advantages of HEIC files?

Due to the modern and advanced compression technology, HEIC can retain images in a better quality while in much smaller file size.

Storage issue has always been one of the thorniest issues that iOS users confront with, especially for those who are still using 16GB iPhone. Besides users, Apple is also working on it. And its adoption of the new HEIC/HEIF format can effectively alleviate this issue.

Once you upgrade your iPhone/iPad to iOS 11 or later, your devices will be moved to the new image format automatically, and then the capturing images and Live Photos will be stored in HEIC files, which take up a lot less of the inbuilt storage space.

The Compatibility of HEIC

iPhone now is one of the most widely used camera devices that users take tons of photos every day using it. Can those HEIC photos be opened properly on other devices or platforms or shared with other non-iPhone users?

For now, Windows system cannot recognize HEIC files, so you will face the issue when opening HEIC photos files on your Windows PC. In addition to Windows system, many photo editor tools and programs are not compatible with HEIC format as well.

IOTransfer allows you to convert HEIC to JPG online. Simply visit its HEIC to JPG Converter Online page, choose or drag-and-drop HEIC files, and then the HEIC files will be converted to JPG format directly.

You can upload up to 50 HEIC photos to the page, and convert HEIC to JPG online. 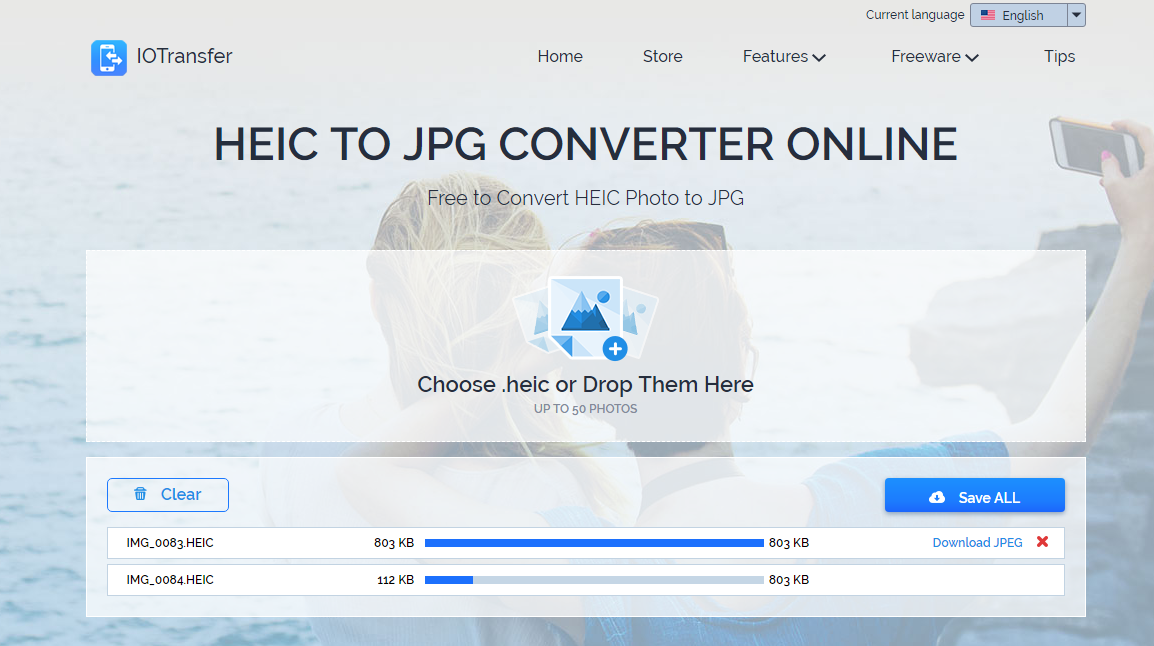 IOTransfer also gives you an easier and better way to convert iPhone HEIC photos. IOTransfer will automatically recognize the HEIC photos once your connect iPhone to PC.

And when you transfer HEIC from iPhone to computer, IOTransfer will automatically save those HEIC photos to JPG files without quality loss. Of course, you can have an option to keep originals.

How to Convert HEIC to JPG on iPhone

Convert HEIC to JPG in Bulk

Transfer Photos from iPhone to PC with Ease