Apple recently released its new iOS 13.2.2 software update that addresses the RAM management and multitasking issues introduced in iOS 13.2, but it appears to cause serious battery life damage on iPhone. We have seen reports of unusually poor iOS 13.2.2 battery life on iPhone 6/7/8/XS/XR from a variety of sources, including Apple's own support forums, Reddit, Twitter, and other social media. Does your iPhone’s battery drain fast after updating to iOS 13.2.2?

Whenever Apple releases a new version of iOS, some users will run into problems. It was great when people updated the original version of iOS 13, but a serious battery bug came with iOS 13.1.2. Although the bug was fixed subsequently, the latest version of iOS 13.2.2 appears to bring this bug back. The problem still exists after your device had gone through a few recharge cycles.

Some users on Reddit said that the battery went from 100% to 75% in less than half an hour without using iPhone. The device also turned off when at 10% battery. Some of them tried some ways to save battery life on iPhone, but they didn’t work at all. Actually, battery drain has been a big issue for iOS 13, especially on some older iPhone models like the 6s, 7 and SE. Even some users with the new iPhone models are also experiencing this bug. 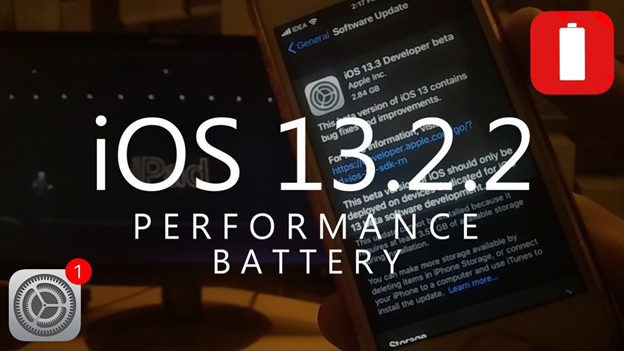 Is iOS 13.2.2 battery drain issue normal for a phone with 90% usage within two years? In fact, some users are experiencing the same problem even though their XS Max is less than a year old. The update lost 3% of its battery health. After upgrading to iOS 13, the battery won't last long even you enable dark mode on iPhone. 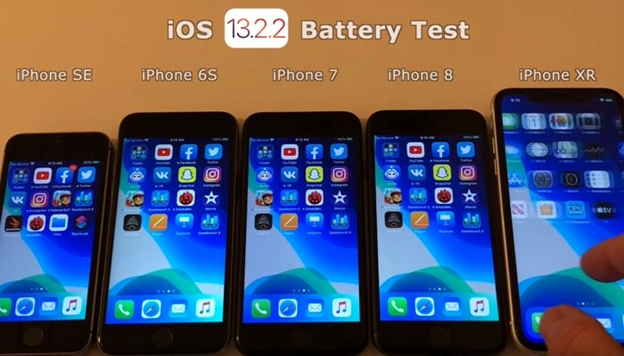 This test shows that the battery life doesn't appear to have improved significantly with the release of the iOS 13.2.2 update. Hopefully that will change when iOS 13.3 is released.

If you can't stand the performance of iOS 13.2.2 on your iPhone, you can consider downgrading to an earlier version of iOS 13. Apple is currently signing up for iOS 13.2, which means you can take advantage of the loophole to drop back so that you improve the performance of your device.

If your battery has gone from great to terrible after the iOS 13.2.2 update, just check the following possible 4 ways to fix it.

If you reboot your iPhone or iPad after upgrading to iOS 13.2.2, you might be surprised by how much faster and better it performs.

Here's how to do it:

For iPhone 7 and lower: hold down the power button and volume down until the Apple logo appears on the screen.

One of the most common reasons for poor battery life on iOS 13.2.2 is rogue software. Although there will be new updates every day, installing app updates timely is not only good for security, but also means that annoying bugs are quickly eliminated.

Just open the App Store on your device and click the profile icon in the corner. Then scroll down to “Available Updates” to find the updates.

3. Check If the Battery is Worn

If you are still having problems, it is time to do a quick battery check. Simply go to “Settings” > “Battery” > “Battery Health”.

This option can help you determine if the problem is a hardware issue or a software issue. It is recommended that you use it as the last resort because it is time-consuming. Go to “Settings”> “General” > “Reset”, and then choose “Reset all Settings”.

The iOS 13.2.2 battery drain issue may not be limited to specific apps, but seems to be a pervasive operating system problem. Although the battery life is not too bad when your iPhone is locked or not being used, it is an annoying problem that might affects the life span of your device. Finally, let me remind you again that you have to transfer iPhone data to PC for backup if you will downgrade your iOS system.