3 Easy Ways to Install IPA on iPhone without Jailbreak

Whether you want to distribute your apps to users for testing purposes or want to install the old version of a certain app, you can use one of these three methods to get it done without jailbreak. If you have the cracked IPA file, you can also use one of these methods to install paid app for free. Two of the methods do not even require a PC. Now let's see how to install IPA on iPhone step by step.

Method 1: How to Install IPA on iPhone with Online IPA Installer

The first method to install IPA on iPhone would be using online web service Install On Air. You can simply upload your IPA file for iOS to Installonair website and it will generate a link. When you open the link on your iOS device web browser, it will ask you if you want to install the app. Then you just tap on it to confirm the installation. 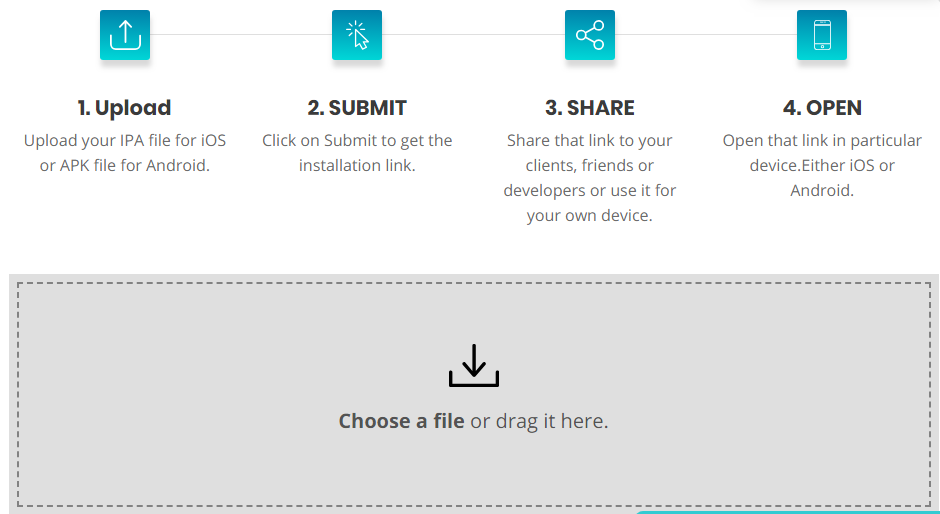 If you have the IPA file downloaded on your iPhone, you can also complete this process on your iPhone. When you tap on the Choose a File area, it allows you to upload the IPA from Files App.

Of course, you need an internet connection in order to make this work. Actually, there are a few online web tools like InstallonAir that allow you to install API on iPhone or iPad. Besides, you can use Diawi, DeployNinja, AppHost, etc.

If you save the IPA file on your computer, then you can also use a software called Impactor, which is available in Windows, Mac, and Linux, to help you install IPA on your iOS device. You will also need a USB cable to connect your iPhone and computer.

Once you have prepared your IPA files and connect your iOS device, you can follow the steps below install iOS apps without iTunes. 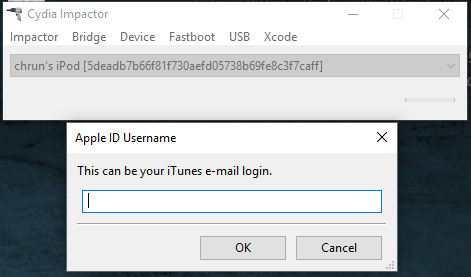 The third method is a little bit complicated compared to the previous two methods. You will need to download the Thu app (other Wi-Fi Sharing app will also work) and Shortcuts app from AppStore. Previously, the Thu app itself allows you to install IPA on iPhone. As you know, Apple will not allow it, so you will need a little extra help to install the IPA file.

Shortcuts app is available on iOS 12 or iOS 13. On iOS 11 or the previous version, it is called Workflow, which works the same as the Shortcuts app.

Step 1. Download the Shu app and Shortcuts app from AppStore. Get this IPA Installer shortcut by opening this link in Safari.

Step 2. Locate your IPA file on your iPhone. Select Open in another app and then select Shortcuts. If you don’t see the Shortcuts option, tap on More to enable it. 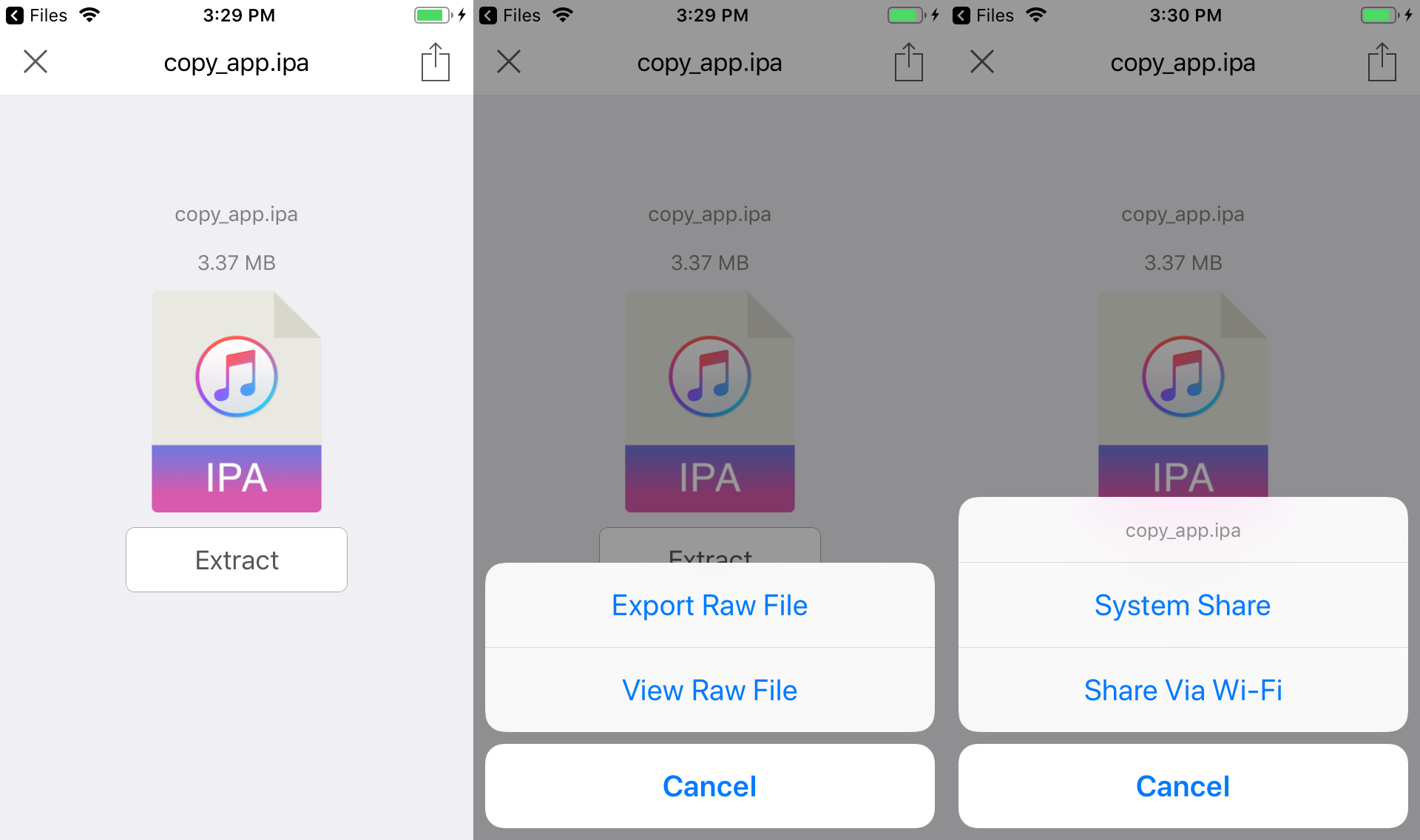 Step 3. It will open the IPA in Shu. Within Shu, tap on Share and select Export Raw File > Share Via Wi-Fi. 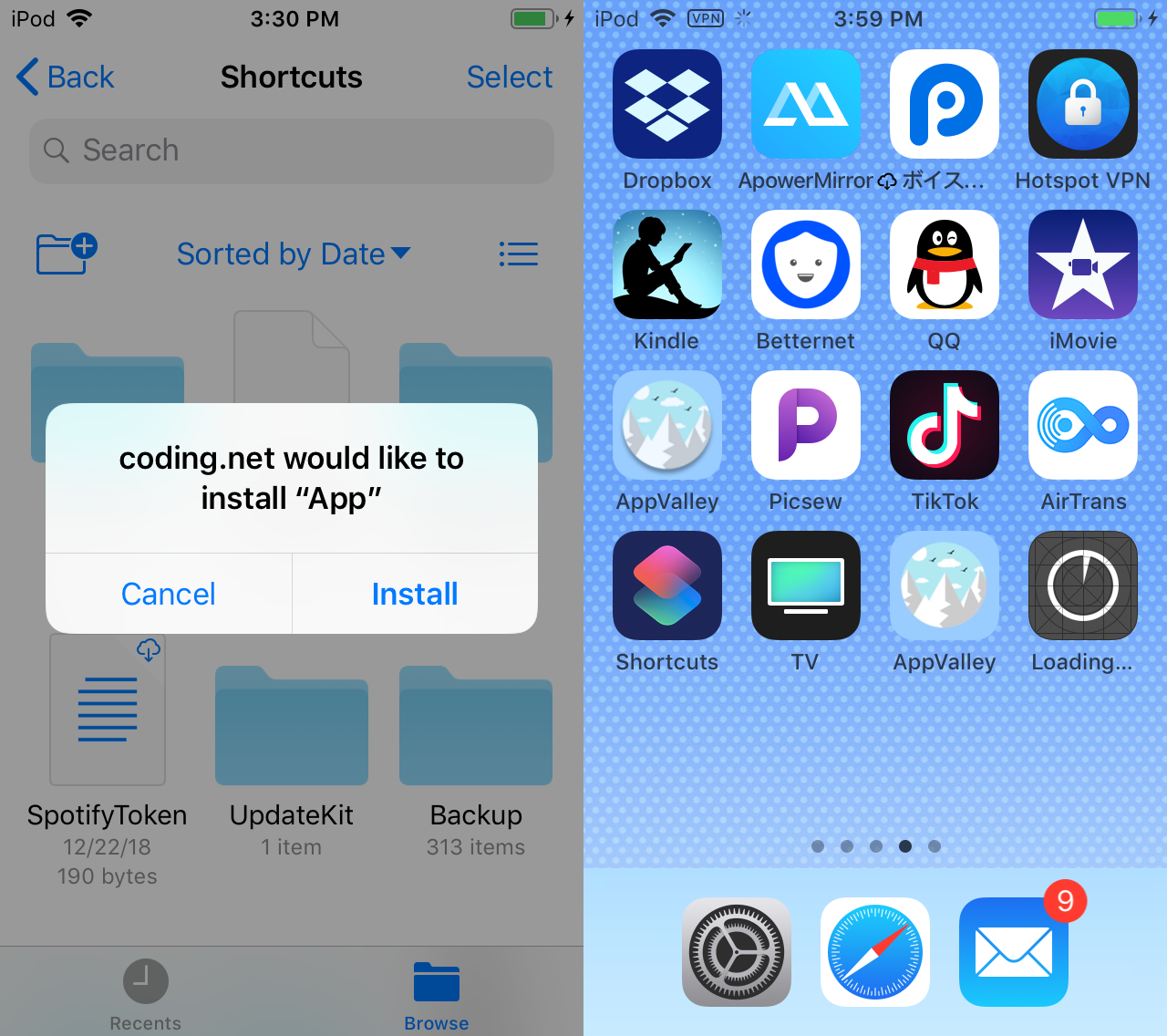 You may need to go to Settings> General > Profile to trust the profile or the app before you can use the newly installed app.

That’s how you can download IPA on iPhone without jailbreak when iTunes is no longer an option. If you do not have the IPA file, you can also install apps without AppStore. Which method do you think is the most effective?