At the latest WWDC, Apple announced that third-party navigation Apps in CarPlay iOS 12 will be supported. In the following article, you will learn the detailed information about the changes. 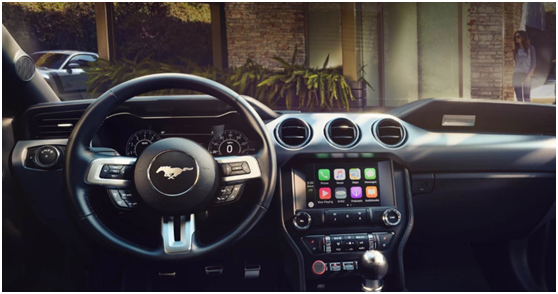 For drivers, nowadays, it’s common to use some mapping Apps like Waze and Google Maps which help to plan their routes and lead their ways.

Apple has been cooperating with many car manufacturers in CarPlay which give iPhone users easy access to iOS services including Apple Maps, Apple Books, Apple Music and so on.

However, unfortunately, for iPhone users, it’s impossible to use any third-party navigation Apps except Apple Maps via CarPlay on their vehicle’s display which means if they want to be guided when driving they have to switch their hands from the wheel to the phone to check the route. This is definitely dangerous and also inconvenient.

The good news is that at the latest WWDC, Apple announced that third-party navigation Apps in CarPlay iOS 12 will be fully supported and drivers choices will no longer be limited to Apple Maps. Also, some significant improvements will be applied to CarPlay in iOS 12.

Moreover, the Apple Maps itself has also been improved a lot – navigation alerts, full-fledged navigation, and map panning through will be available. 2 of the greatest characters are that the time taken from A to B can be estimated and when the driver will arrive at his destination will be predicted as well.

Although we still don’t know why Apple made such a big decision, there is a hypothesis that Apple’s main competitor, Android, developed Android Auto that allows users to use Google Maps that has a larger user base than Apple Maps. To allow third-party navigation Apps in CarPlay seems to make users to use Apple’s own service more.

A Recommended Reading You May Like: How to Fix iPhone Map Voices Not Working

It’s always good to see Apple care about users experience and try their best to do better.

Hopefully, after this major change in CarPlay, it can make it easier for drivers to target their destination and plan their routes.