Emoji has become increasingly popular around the world since its international inclusion in Apple's iPhone (originally in iOS 5). We will discuss how to enable and use iPhone emoji keyboard in the following article. 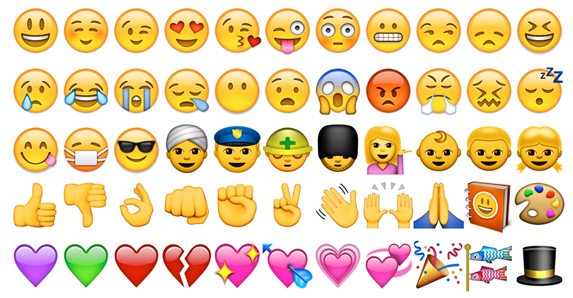 Emoji has become increasingly popular around the world since its international inclusion in Apple's iPhone (originally in iOS 5). We will discuss how to enable and use iPhone emoji keyboard in the following article.

What Does Emoji Mean

Emoji is a kind of ideogram and smiley that originate on Japanese mobile phones in the late 1990s. It becomes popular and sweeps the world since Apple includes it as the built-in feature in its devices. In addition to Apple, Android, Windows phones and other operating systems support emoji, and now it is widely used in a variety of phone messages and social networking. The popular emoji characters include facial expressions, food, places, sports, weather types, animals and much more. 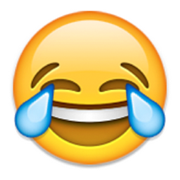 What is worth mentioning, Oxford Dictionaries named “Face With Tears of Joy” emoji character as the 2015 Word of the year. It said that 2015 has seen a sizable increase in the use of the word “emoji” and recognized its impact on popular culture.

How to Enable iPhone Emoji Keyboard 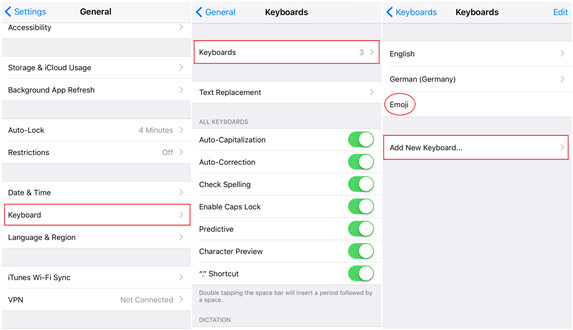 How to Use iPhone Emoji Keyboard

1. tap the smile face icon in the lower left corner and switch to iPhone emoji keyboard

to see emojis that you’ve used recently; tap and hold an emoji to change the skin tone of certain emoji 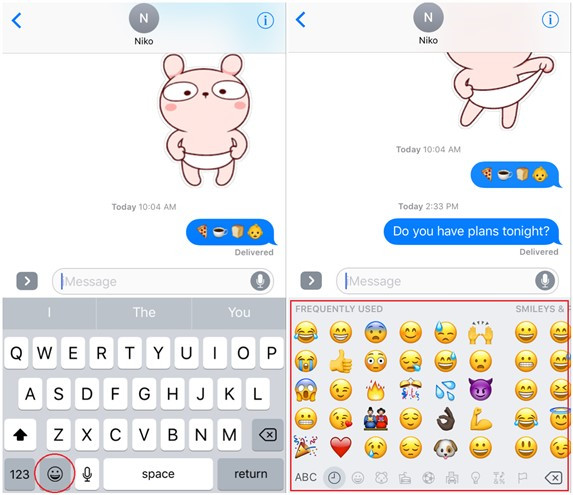 Tap to replace words with emojis

This great feature is available for iOS 10 users, if you want to use it in Messages app, then upgrade to iOS 10 first.

1. go to Messages, and start a new message or tap on an existing message

on your keyboard, and the words will turn orange

3. tap the orange words to replace them with emojis 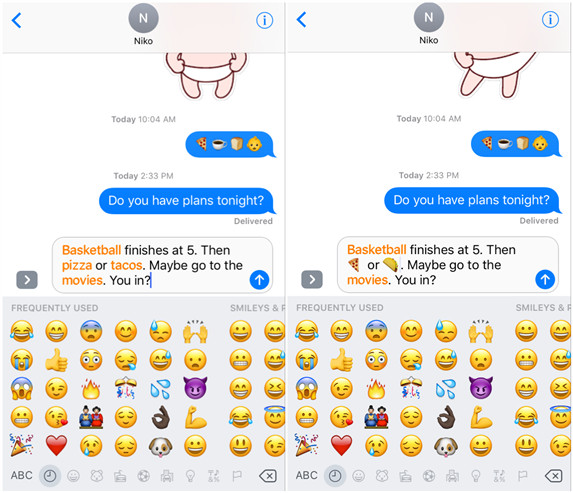 When you write a message, you will see suggestions for emojis you may need. If the predictive emoji is what you want, then you can tap to add this emoji.

To disable predictive text or emoji, tap and hold

, swipe the slider next to Predictive. 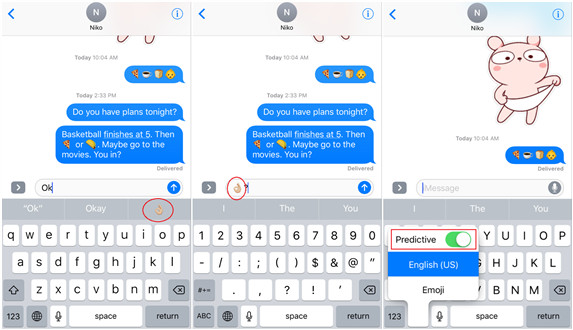