One of the biggest improvements of iOS 10.3 is the new file system – Apple File System (APFS). What is APFS, why Apple updates its file system, and what changes and advantages the new system brings? Let’s find out. 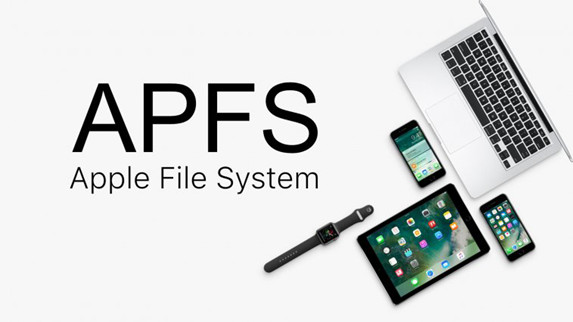 With the upcoming WWDC 2017, Apple accelerates its iOS system update work. After a long period of testing, Apple iOS 10.3 update is officially released with some really great features and updates. Now, users are able to update their system to iOS 10.3 via iTunes or Wi-Fi connection.

As the latest iOS update by now, iOS 10.3 not only adds some important features, but also improves the system performance. In addition to Find My AirPods, redesigned Settings page & profile section, CarPlay changes, Podcasts widget, and App Store view updates, one of the biggest improvements of iOS 10.3 is the new file system – Apple File System (APFS).

What is APFS, why Apple updates its file system, and what changes and advantages the new system brings? Let’s find out.

Developed and introduced by Apple, APFS (Apple File System) is a new file system for iOS, macOS, watchOS and tvOS. The core of this file system is encryption capability, and it can provide a unified method of encryption for all Apple’s devices. APFS is deployed in iOS 10.3 to replace HFS+ (HFS Plus). Compared to HFS+, APFS shows better performance, compatibility and security.

According to the feedback of users, their iPhone devices become smoother and snappier after updating to iOS 10.3. Even better, iOS 10.3 users also find that their devices’ storage space get obvious released. It’s all because of APFS. APFS in iOS 10.3 optimizes the space, and frees up extra GB of storage for users. Anyway, this is definitely great news especially to people who are still using 16GB iPhone or iPad.

No need to worry about data loss, because the transition to APFS is seamless. When people install iOS 10.3 update, APFS would be installed automatically to replace the previous system. Due to this, the whole update process will take a quite long time to be completed. Even though, we still suggest people to backup iPhone before updating to iOS 10.3.

The list of iOS devices that support the latest iOS 10.3 include:

It’s been more than 30 years. And this is the right time to introduce APFS, a new Apple file system, to build a new standard.

When Apple introduced APFS in WWDC 2016, it has indicated that HFS+ and HFS were completely designed for floppy disks and spinning hard drives, with the consideration of file size in kilobytes or megabytes. Nowadays, it’s the era of SSD and TB, even PB level data, so a new file system is urgently needed.

At the same time, with the rapid development of Internet, portable devices’ usage scenarios have changed dramatically. A growing number of network security events have also raised the standard for the data encryption.

APFS is optimized for Flash/SSD storage, and integrated with encryption as a primary and strong feature. This is the file system accords with the long-term trends.

For Apple, APFS also take the responsibility for uniting the whole system environment, and this is one of the main reasons why APFS is designed to scale from an Apple Watch to a Mac Pro. Before the APFS launched, Apple’s Mac product line and iOS product line use different codes and systems. This state of kind chaos also makes things quite difficult for developers.

As a new, modern file system for iOS, macOS, watchOS as well as tvOS, APFS makes the unification of all Apple products that is good for both developers and Apple maintenance. 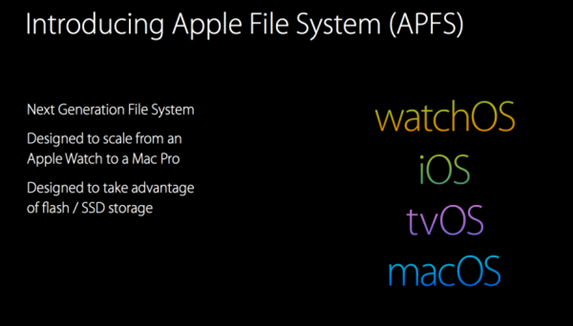 Anyway, with the release of the latest iOS 10.3, APFS would be gradually popularized. Apple officially said that APFS is highly compatible with HFS+, so it will not cause any problem to the application use.

Things You Should Know About Downgrade iOS 10.3.2 to 9

A survey of Apple iOS 10.3: the New Settings, and Apple File System